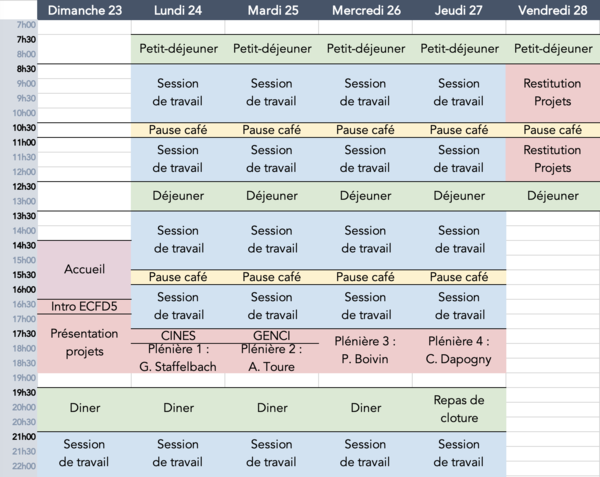 Given the current environmental and energy challenges, maximising the wind farm electricity production is essential. Therefore, it becomes necessary to develop the most reliable and accurate prediction and simulation tools. Following this tenet, an atmospheric solver, which will take into account meteorological phenomena, should be developed. The preliminary work, going from bibliography study to road map was performed during the extreme cod workshop. Thus five parts have been identified: (I) The YALES2 Variable Density Solver (VDS) will be used because of the need to take into account buoyancy effect including for big density differences. (II) A wall law correction term, relative to atmospheric boundary layer will be added. (III) The actuator line method used to simulate wind turbine will be extended to VDS, modifying the velocity source term to a momentum source term. (IV) The Coriolis effects, depending on the latitude will be implemented. (V) The wall heat flux, allowing to simulate diurnal and nocturnal cycles on various terrains, is more realistic than a target wall temperature. From this work, future development are now clear and just waiting to be developed.